A downloadable game for Windows

PAPILIO is a classic arcade style 2D shoot 'em up that takes you into a magical world being threatened by a mysterious entity with godlike powers. Take to the skies as a Naajira, a mystic warden with the power of magic-augmented flight and impressively devastating spells at your disposal, and engage in combat with fearsome creatures and mighty bosses as you pursue an opponent who seeks to unearth long-forgotten ancient magics and weapons for her own dark purposes.

IMPORTANT NOTE! This is a beta release of the game, and will feature additional content in future updates. So if you want to help support and test this game, feel free to purchase and download now so you can have access to later versions at no additional cost. Alternatively, if you want to try the game out for a spin before deciding on a purchase, please download the free demo below.

DEFAULT CONTROLS (can be changed by going to the Settings menu):

NOTE: Under normal circumstances, Players 1 and 2 cannot both use Keyboard control at the same time. If one player is on Keyboard, the other will automatically be assigned to Mouse (default: P1 is Keyboard, P2 is Mouse). Also, both Keyboard and Gamepad controls may be reconfigured through the Settings menu.

Please feel free to send feedback via PM or email at coololdguygames <at> gmail <dot> com, or you can follow my personal IndieDB site where I regularly post blog entries and project updates. If you have any comments, criticisms and/or suggestions, I'd love to hear from you!

In order to download this game you must purchase it at or above the minimum price of $4.99 USD. You will get access to the following files:

When this game is finished can we have a Linux version too please?

Hey hey I'm VERY impressed with this game. Tons of fun, great visuals, cool bosses. A bit buggy atm but I'm sure that'll get ironed out

Would love to purchase the game.  Really liked the demo, but Paypal will not go through.  Can you please work on this?

Don't know if you changed something to make Paypal work or whether my computer was being wonky, but thank you sooo much.  I absolutely freaking love this game and hope you get a ton of support from a ton of platforms!! This is an absolute gem amongst gem for anyone who loves STGs/Shmups or simply absolutely beautiful games with the kind of fantastical elements and soundtrack that transports you to a place of pure wonder!!

Deleted my previous post ( it was a PayPal rant, lol )
Played a bit, and wanted to give some feedback.

The orbs ( options ) are neat, they reminded me of Cho Aniki. My one question ( and suggestion ) is why you aren't able to control them manually? Maybe move their position with the R-stick ( or arrow keys, WASD for lefties ) ?

Either that, or preset formations you can switch to on the fly, ala Silver Surfer for NES ( the other game this reminds me of ) I think either of those would be a lot more fun than cementing a single formation at the start.

The difficulty felt fine, the dynamic difficulty is good as well. Felt rewarding, and never too easy ( sub bosses were usually a joke, while main bosses provided a good challenge )

The different weapon types are neat, although I feel they arent varied enough to make them worth it. Also, they power up to max too fast. I'm going by Tatsujin rules ( ala タツジン ) or Truxton.

In that game, you collect powerups of up to 9 levels, separating each tier of power for every 3 powerups you collect without dying. When you die, you lose one powerup. And there was three types of bullet attacks ( that you choose by waiting for the P powerups to change color, identical to this game )

But, with the loss of some power for each death; it made getting a final stage 9, tier 3 bullet more rewarding - it made you perfect your skills up until then.

Overall the game is pretty good, The art in some areas and some animations aren't as good as they could be, but that's not even a real issue. Everything else is very solid, it's pretty fun and surprisingly polished for a beta game.

Thank you for the feedback, I'm glad you enjoyed it. :)

Re: PayPal, I didn't get the initial message, no worries. Did their service do something problematic though?

Re: Wisps/Orbs. The intent was to make each orb type its own "ship" more along the lines of Raiden Fighters than, say Ibara/Battle Garegga's variable options, However I have planned to include an "Arrange Mode" with different mechanics from the base game, including the ability to change your orb formation on the fly and a dynamic difficulty/scoring manipulation scheme that is closer to Dimahoo or Zanac.

Re: powering up being too fast. I think this is more of a consequence of an (admittedly) band aid fix to the problem of easily getting the power meter reduced by 50% whenever the player gets hit, so I also made it easier to get to max level. I'm working on rebalancing the lower-level shot strength to make it feel like less of a gimp than it currently is however, so i can get rid of the band aid.

(To be honest though, I'm not really a big fan of games that take a long time to get to max power like Tatsujin, V-Five [IIRC? Memory is fuzzy on this one] and Darius since it also necessitates changing a lot of other things to accommodate, so it's more of a design preference)

Re: art and animations, a number of the enemies will be getting redrawn once I begin the Stage 5 and Stage 7 reworks--a few of them are placeholders and I didn't like how some turned out to be honest.

yeah paypal is extremely annoying ( to me )

as for the general feedback, I really enjoyed the game, so I wanted to add my feedback on it and stuff ^^

mostly irritated with paypal because I was trying to buy the game a 2nd time as a gift, and paypal kept denying it because I " was making too many purchases in a short time period " = _= all 2 of them, lol.

this shoot em up is very good, i'm very funny to play it!

Do you have any plans on releasing this on Steam?

Yes, I plan to release it as a budget game on both Steam and GOG. :) However, I'm still trying to get it to a stable, near-feature complete version before I do so, as well as attempting to raise enough funding to pay the required fees

Yes! That's awesome. Would buying the itch.io copy also provide a key for Steam when it gets released?

Thank you. Easy purchase, then.

Hope it brings closer to supporting your venture!

Thank you very much! :D 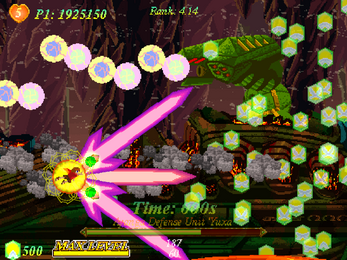 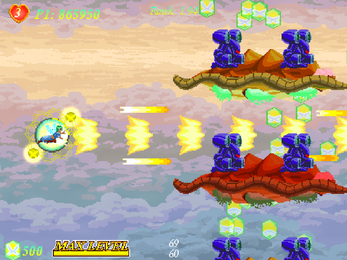 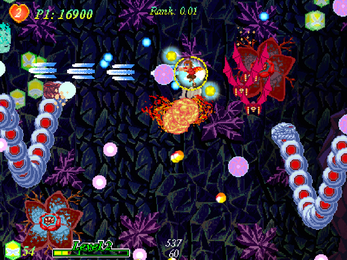 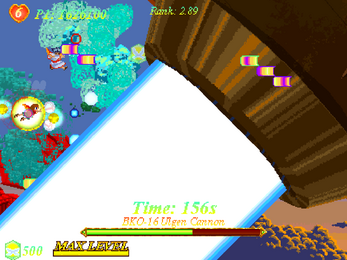 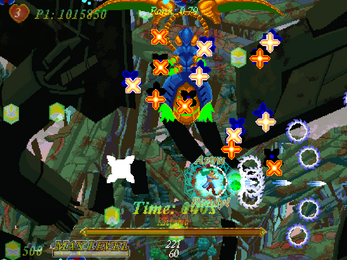 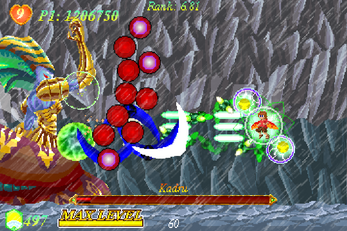 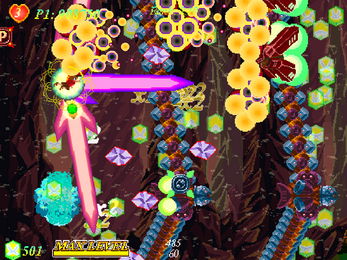 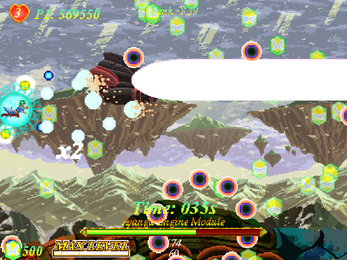 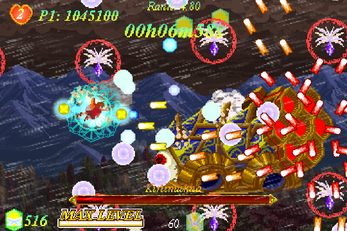